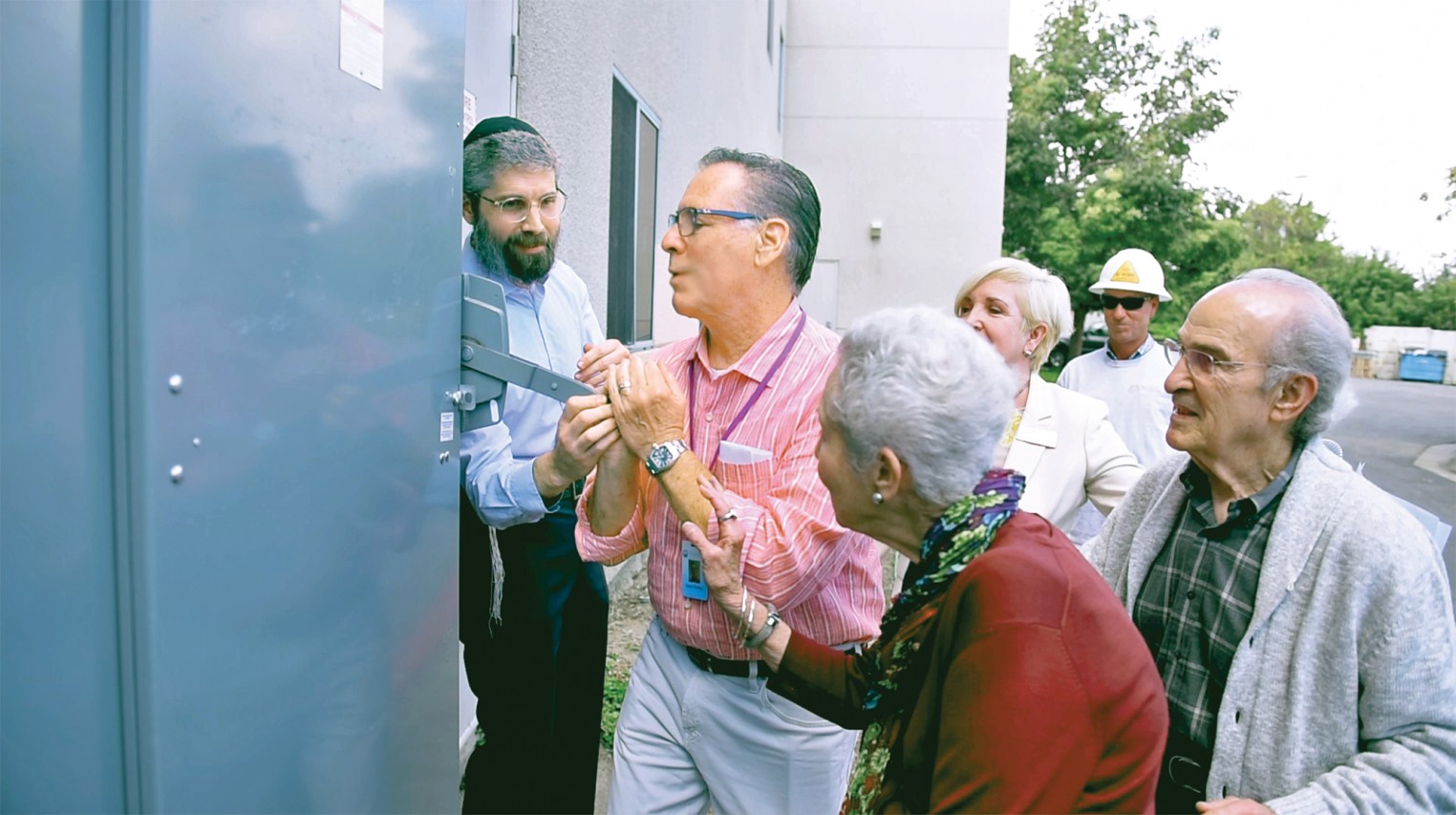 By Danny Levy,  Director of Development

On Sunday March 25, 2018, the Weinberg Jewish Federation Campus celebrated the completion of the Solar and Roof project by flipping the ceremonial switch on over 1,700 solar panels. The panels cover 75% of the campus roof and half of the parking lot. The panels will bring an over 50 percent cost savings in electrical energy for the campus, saving nearly $2.5 million over the 25 year expected lifetime of the system. The solar array represents one of the largest and most advanced solar installations in the city of Long Beach. The project also includes 6 EV charging stations.

The $1.5 million dollar donor funded project, working with Alacrity Energy, began construction in late January 2018 and was completed on time and on budget. One donor family in particular stepped up to help with the majority of the funding.  An additional $350,000 was raised from the rest of the community, showing a great interest in making the campus more sustainable. On top of this, the Federation allocated $600,000 to replace the entire roof of the building, creating a wonderful, strong home for the Solar system.

Below are listed the names of all those community members who helped contribute gifts to the project.  The campus and the community thank you. 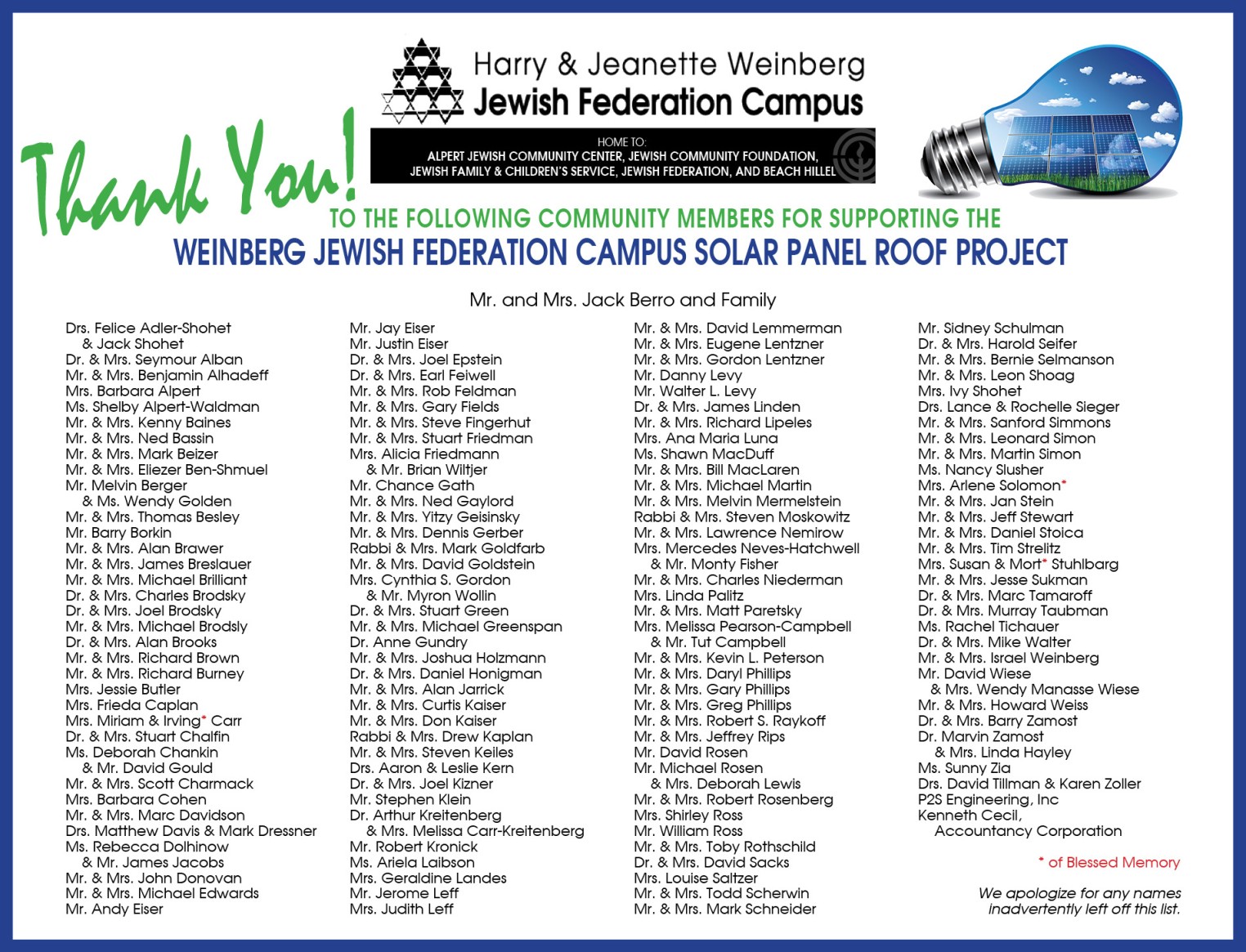