The Shul By The Shore found a home on the sunny shores of Belmont Shore, Long Beach, California. The synagogue, appropriately named Shul by the Shore, welcomes all Jews regardless of religious education or involvement, and makes them feel at home.

The spiritual leader of the Shul is Rabbi Abba Perelmuter. He was Born in Montreal, Canada and was ordained at the Lubavitcher Rabbinical Seminary in New York. He moved to Boston where together with his wife Chanie they ran the Chabad House at Boston University. In 1988 the Perelmuter's moved to California, where rabbi started working at The Hebrew Academy.

The Shul By The Shore was started ten years ago by Rabbi Perelmuter, at the High Holidays. During the sub-sequent years, the rabbi has attracted all manner of worshippers, due to his policy and desire to include Jews of diverse religious backgrounds.

For many in his congregation, the information he provides is new and interesting, and for others his wit and humor infuses old knowledge with new insights. For the Orthodox, Conservative or Reform Jew, the rabbi's services are an opportunity for the individual to grow both spiritually and intellectually.

With the help of several dedicated families, in September of 2000 the Shul began to offer full synagogue services to the community. In addition to High Holiday services, there are now Shabbat services and educational courses, covering such topics as Torah study, Jewish History and Kaballah.

Shul By The Shore meets regularly on Friday nights for services and on Saturdays for Torah study at 10 a.m. followed by services - all open to the public at the Alpert Jewish Community Center on the Weinberg Jewish Federation Campus, located at 3801 E. Willow Street, One Sommer Way, Long Beach, CA 90813. 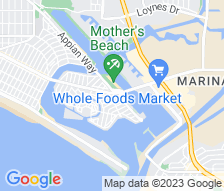